Talking to Ghosts – Over the Ob @ Trans-Siberian Express 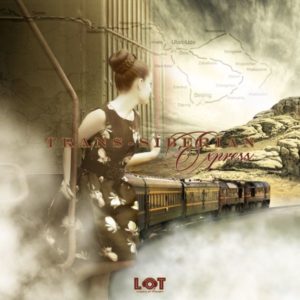 While I am a bit lazy with reading books, joining the Legacy of Thought community helped me composing music on a quite regular basis. From what I learned, it’s important to do things often to get better. So here comes my third contribution to a compilation. Trans-Siberian Express obviously is about that famous railway route from Moscow to Vladivostok. Each track features a place on that route. Mine is the entry to Novosibirsk, where one has to cross the bridge Over the Ob.

The music is more on the chill-out side. And it also features some vocals provided by a close friend of mine, Natalie. And the video is special as well, as it features photos and videos of another friend, Gerald, who took a ride on the express recently from Moscow up to Novosibirsk. Very fitting. You will find the video at Youtube. As well as links to where to get hold of it or add it to your Spotify stream.

Talking to Ghosts – Orogeny @ Future of the Earth 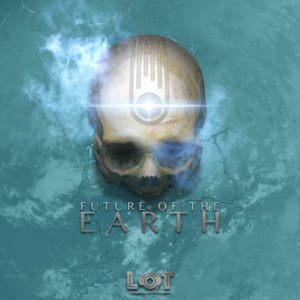 And here comes my second publication as Talking to Ghosts. It’s the latest compilation named Future of the Earth, again via Legacy of Thought. As before, you can find a video on the track at my Youtube channel. The track and the complete album is available via iTunes and Spotify. 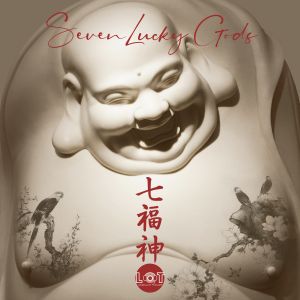 So I finally made it to an official publication. Under the moniker Talking to Ghosts, a first track made it onto the compilation Seven Lucky Gods published via Legacy of Thought. And it really seams to give good luck, as the track already made it to a live bi-weekly streaming show, Some Good Music Vibes. And I am so happy that it was well received by the hosts and listeners. Well, I can only hope that this is the start of a new journey.

You can find out more about the album at LoT’s Youtube channel. For my contribution, I also created a video available on my artist channel at Youtube. 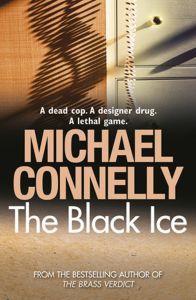 I am really slow in catching up on Harry Bosch. While the tv shows I enjoyed as soon as they were out, following up on books gets harder (not only with Harry). So this is the second book on him by Michael Connelly, actually published in the past millenium. And while I was already a grown up in those days, it still feels strange, missing all the modern technology like, e.g., mobile phones. So they relied on pagers in the books instead. People where harder to reach and callers even easer to ignore. Well, I am drifting off.

“The Black Ice” refers to some highly addictive and dangerous (fictional) drug invented by Mexicans to outsmart the Hawaiian drug kartell. Bosch finds about it while investigating some murders and especially the death of a detective he earlier contacted for some information. While the upper ranks, like Irving, try to put the events under cover as quick as possible, Bosch, as we know him, “can’t let go” and picks up one stone after the other to reveal the truth behind all the bodies left on the street. In contrast to the tv series, Bosch is mainly on his own in this story (although Jerry Edgar does appear and is of help). He even does a stint to Mexico to solve the crimes in cooperation with the FBI.

I love the pace of Connelly’s novels. Even with the charme of the 1990s it still makes a great crime book, story-wise as well as character-wise. Everyone on the book feels so real that you get the idea of sitting right on Harry’s should riding along. The storyline was great, with a driven Bosch hunting the truth. I got the ending wrong around and quite late by that, so it was a double surprise to me. And I hope to get on with book 3 sooner than in about a year. But the stack of unread is high. 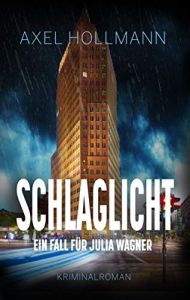 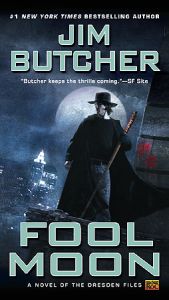 So I am back to some “oldie” returning to Harry Dresden, consulting wizard working in Chicago. This is actually his second file from 2001, nearly two decades ago. And it’s been a while, since I read the first book. In Fool Moon by Jim Butcher Dresden goes up against Werewolves.

It all starts with a protege who wants Dresden to teach her about dangerous rituals, which he refuses. Then, Lieutenant Murphy brings Dresden into a quite cruelsome murder case, where wolfish prints were found. Before any research, the FBI takes over. And, besides the case, not only is Murphy under watch (magic murders, huh?) but also Dresden is under suspicion of cooperating with a mob. On his way to solve the crime, Harry makes himself some new enemies with a street gang and gets arrested for murder. His protege was found dead and the scene stinks of magic rituals. Being freed by some mysterious woman, he finds apotential victim in her boy-friend McFinn. And when the police arrested McFinn, all hell breaks loose.

Fool Moon is a wonderful crime story with magical touch, as is to expected by Butcher. I can say that I still love Harry Dresden as character, and I love how the story is rolling over you like a steam train. There are quite some turns before Dresden figures out what is really going on. But it’s not going well for all the figures. Even though Harry puts all in. I love the writing of Jim Butcher, which is both suspensful and entertaining. The characters feel real, even though it’s fantasy fiction, and they perfectly carry the story. I definitely have to get on with Dresden’s files. 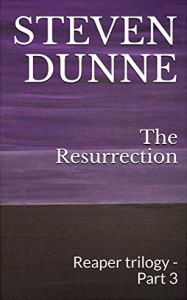 Damen is back! Three years ago I read the second book of the Reaper series (or trilogy how it is written on the book), eager to read on about DI Brook’s adventures. Only this summer, the third book was published (noted, that I missed out all the books on DI Brook without the Reaper inbetween). Right before my end-of-summer vacation. So I wondered what Steven Dunne had up his sleeve. And it actually contained a magic trick, which one might call a sleight of body.

This time, it takes quite a while until a murder. The initial part of the book features looking back at the events after the Reaper’s murders in 2010, but also around Prof Sorenson’s death in 2008. Brook is questioned about the events leading to the death of Ex-FBI McQuarry, shot by her ex-partner Drexler. That’s where Brook gets to know DS Kelly Tyson in who he finds a source on an interesting investigation happening before the Professor’s death. Together with DCI Fulbright, she followed up on a lead of the dying Charlie Rowland which linked Sorenson to the Reaper investigation. Ok, maybe too many names for this review. In short, some new information turned up from talks to Tyson leading to a big twist to the whole Reaper network situation.

Meanwhile, young criminal Jason Wallis is set free, holding a grudge against Damen, against his aunt, against a teacher who, as he learned, humiliated him. This is the strand running quite expectedly and leading to a dead cat and more. And when Jason’s aunt is seemingly killed by the Reaper, Damen instantly knows the truth on her death. It’s a cat and mouse like game (no pun intended) between the characters, which leads to some surprising revelations.

As before, I enjoyed the writing of Dunne a lot. The story never failed to surprise and is full of suspense, even with late deathly crimes. Brook is not the conventional detective, but his conclusions always feel right in retrospect. This novel is a really cool wind-up of the Reaper story and even the ending had a twist that made me grin and hope for more. And, yes, I definitely have to catch up on Damen’s other stories.

Mason Cross – The Time to Kill 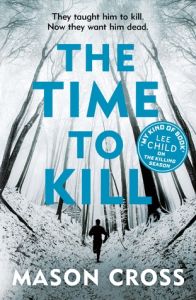 The most obvious sign that I was on vacation is that I found time to read some books. Last year, I spend quality time on The Samaritan by Mason Cross. And now I had number 3 of the Carter Blake series at hand: The Time to Kill. Actually a feature on Blake’s professional backstory working as an agent for a secret organization named Winterlong. They employed his skill to find people in world wide under the radar operations. Until they parted, not in friendship of course.

It begins with a harmless job to find and catch someone for a tech firm. But Winterlong (or rather now being an organisation with no name) is on Blake’s track since The Samaritan. And they want him badly for some digital data he kept as a security measure, and which could harm the organisation big time. As it happens, soon he is on the run together with the software thief he was meant to catch. Across the USA on train, bus and by car, trying to escape the very resourceful enemy. And to get to his stronghold, where Blake hides the compromising material.

The story is told in a breathless pace. As before, the narrator switches between Carter (in ego perspective) and others (third person view), like the organization’s leader and one of the operatives. Thus, one can easily find one’s way around, and learns the truth behind the history of Carter and his parting the organization. It’s a play, to partially know more as reader than the hero does, which makes it not less thrilling. One could complain about some extremely lucky circumstances making Carter survive several times, but that is part of why the story is worth telling. Overall, it is quite plausible and definitely action packed to the last page.

I like Blake, and I like the writing style. I’m sure when my vacation comes back, the fourth book will come to me. 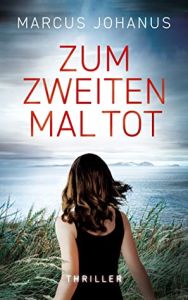